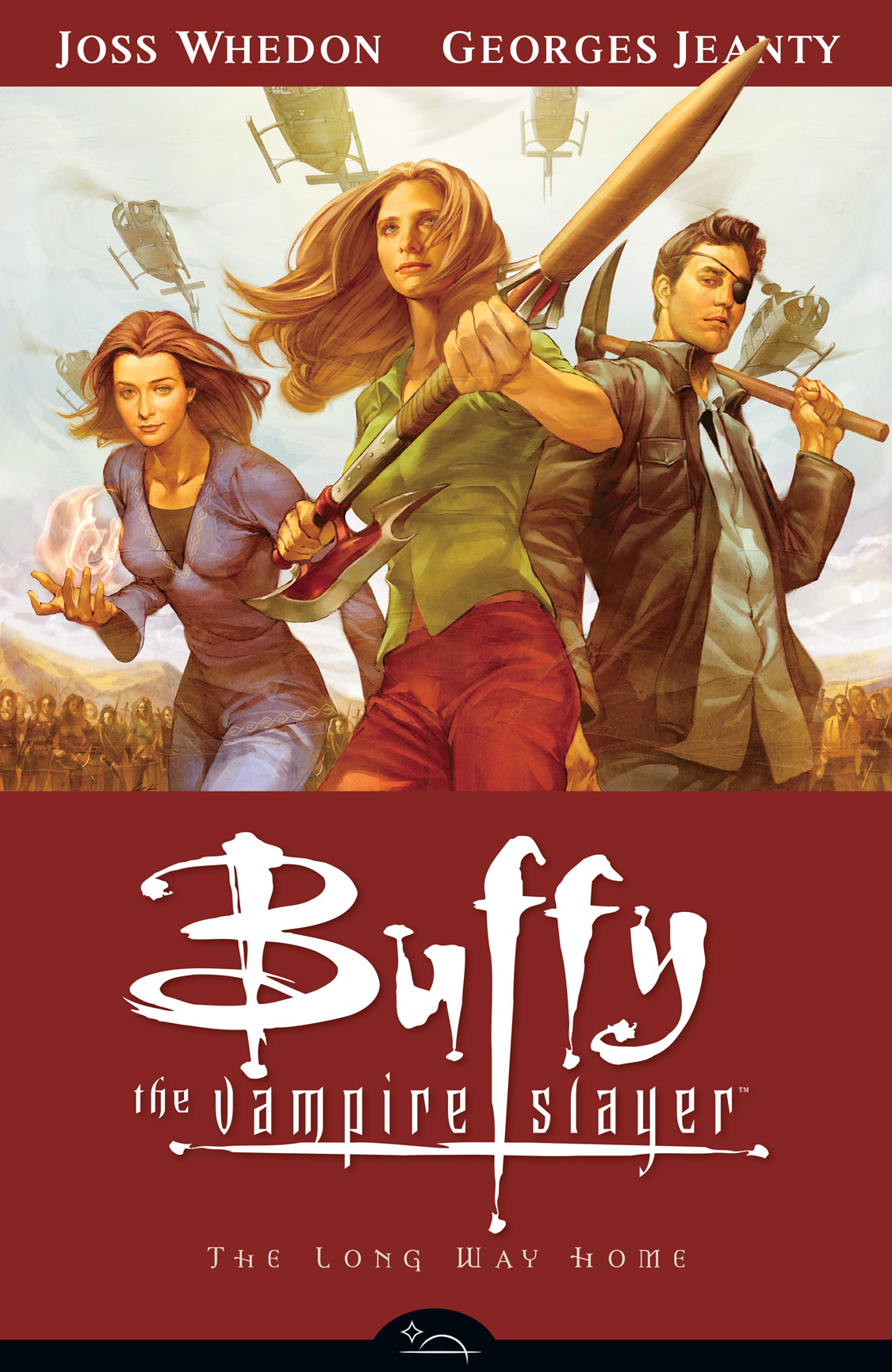 Since the destruction of the Hellmouth, the Slayers—newly legion—have gotten organized and are kicking some serious undead butt. But not everything's fun and firearms, as an old enemy reappears and Dawn experiences some serious growing pains. Meanwhile, one of the "Buffy" decoy Slayers is going through major pain of her own.

Buffy creator Joss Whedon brings Buffy back to Dark Horse in this direct follow-up to Season 7 of the smash-hit TV series. The best-selling and critically acclaimed issues #1-#5 are collected here for the first time, as are their covers by Jo Chen and Georges Jeanty.

• Collects the first five issues of Season 8. Only available in comics!

• "The dialogue is Whedonesque and I can hear how the actors would read [their] lines. It's fun and witty and we're treated to more fantastical stories than the WB/UPN could ever pony up the money to do."—Comic Book Resources

The newest incarnation of the Buffy comic, written by series creator Whedon, is effectively the new season of the TV series. It plunges right into the show's dense cosmology and doesn't bother to explain anything to neophytes. Regulars will love it, however. The Long Way Home establishes the season 8 status quo: demon-killing heroine Buffy Summers is now commanding an army of hundreds of Slayers (and her little sister, Dawn, has been turned into a giant by Whedon's favorite transformative force, sex). Still, there's some creepy unfinished business from the TV show to deal with, and the U.S. Army is coming after her, too. A shorter story, The Chain, concerns the bittersweet, truncated life of a Buffy look-alike sent underground as a decoy for the forces of evil. Jeanty, Owens and Lee's artwork, understandably, is in a very straightforward mainstream-comics style—the characters look as much as possible like the TV actors—although they manage a few interpretive flourishes, like a Cubist witch seen by one character in a fantasy sequence. The real draw, of course, is Whedon's writing. His dialogue is as snappy as ever, and his plots are hypercompressed and telegraphic. (Nov.)
Copyright © Reed Business Information, a division of Reed Elsevier Inc. All rights reserved.