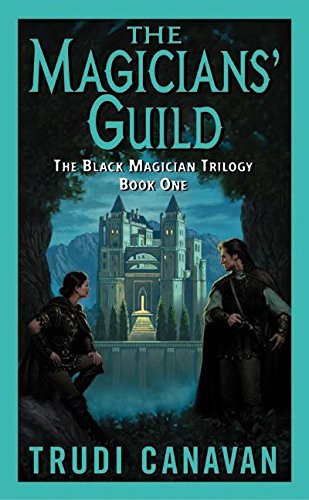 This year, like every other, the magicians of Imardin gather to purge the city of undesirables. Cloaked in the protection of their sorcery, they move with no fear of the vagrants and miscreants who despise them and their work—until one enraged girl, barely more than a child, hurls a stone at the hated invaders . . . and effortlessly penetrates their magical shield.

What the Magicians' Guild has long dreaded has finally come to pass. There is someone outside their ranks who possesses a raw power beyond imagining, an untrained mage who must be found and schooled before she destroys herself and her city with a force she cannot yet control.

A wonderfully and meticulously detailed world, and an edge-of-the-seat plot, this book is a must for all lovers of good fantasy JENNIFER FALLON

Trudi Canavan is the author of the bestselling Black Magician trilogy—The Magician's Guild, The Novice, and The High Lord—as well as Priestess of the White and Last of the Wilds, Books One and Two of her Age of the Five trilogy. She lives in a little house on a hillside, near a forest, in the Melbourne suburb of Ferntree Gully in Australia. She has been making up stories about things that don't exist for as long as she can remember, and was amazed when her first published story received an Aurealis Award for Best Fantasy Short Story in 1999. A freelance illustrator and designer, she also works as the designer and Art Director of Aurealis, a magazine of Australian Fantasy & Science Fiction.